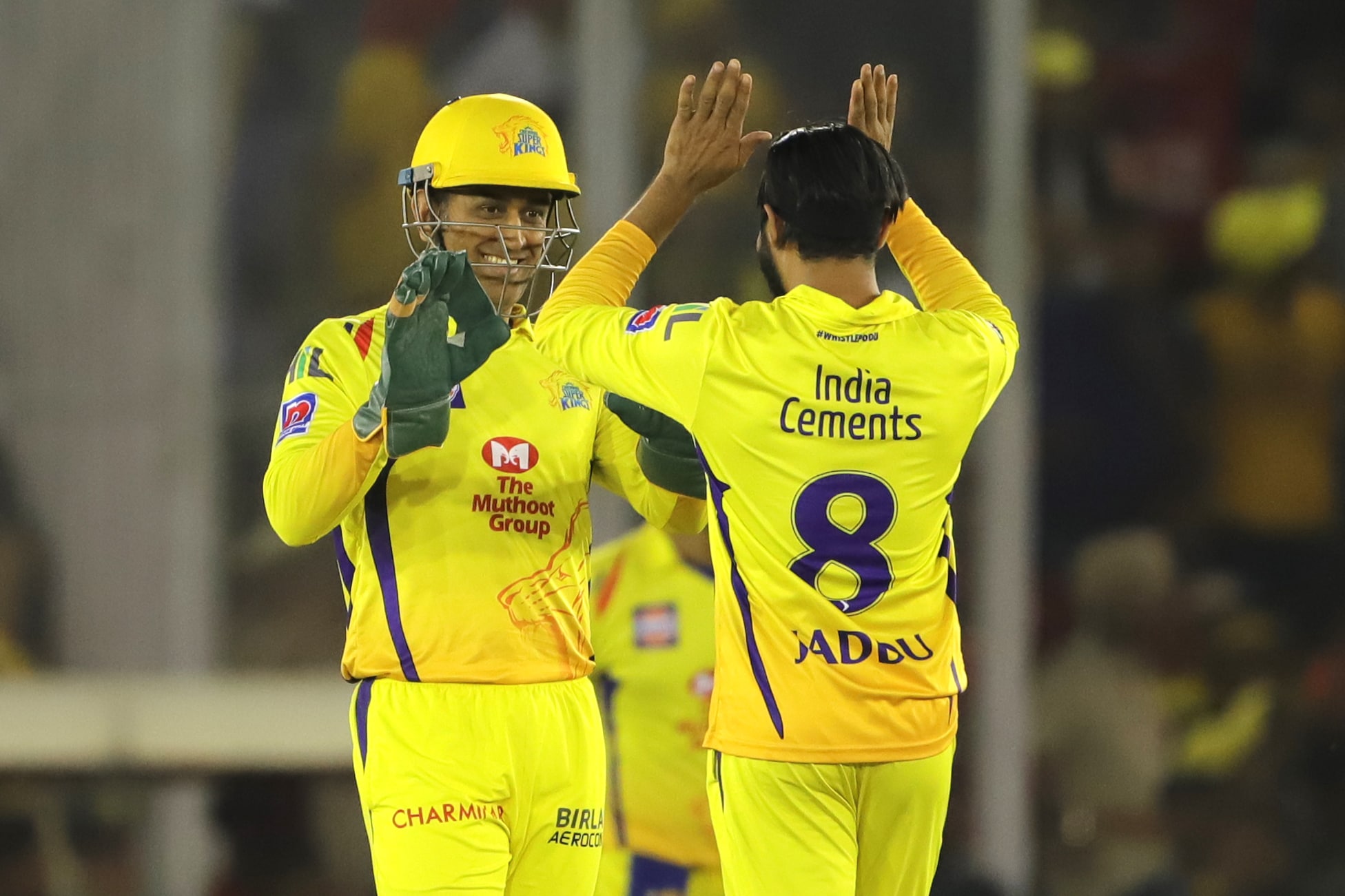 
MS Dhoni is back as Chennai Super Kings skipper after Ravindra Jadeja relinquished his captaincy.© Twitter

The sight of MS Dhoni leading Chennai Super Kings (CSK) once again was welcomed by all on Sunday evening as he guided his team a 13-run win over SunRisers Hyderabad (SRH) in an Indian Premier League (IPL) 2022 match. Dhoni was reinstated as the CSK captain after Ravindrsa Jadeja relinquished the top post to concentrate on his own game. With the win over SRH, CSK now have six points from nine matches with three wins as Dhoni led the team to a win in his first match on return to captaincy.

The last time a change of captaincy happened in the middle of an IPL was in 2021 when Dinesh Karthik stepped down and Eoin Morgan took over KKR’s reins. With his return to captaincy, Dhoni is now the oldest Indian captain in any T20 at the age of 40 years and 298 days. He surpassed Rahul Dravid, who had captained Rajasthan Royals against Mumbai Indians in 2013 at an age of 40 years and 268 days.

The third on the list in Sunil Joshi, who led Karnataka against Hyderabad in 2010 at the age of 40 years and 135 days. They are the only three Indian players to lead a team in any T20 after crossing 40. Clearly, age is just a number for these guys.

Against SRH, CSK were asked to bat first and the MS Dhoni-led side posted 202/2 in 20 overs. Ruturaj Gaikwad played a knock of 99 while Devon Conway remained unbeaten on 85. Hyderabad got their first wicket after 17.5 overs as T Natarajan dismissed Gaikwad.

Mukesh Choudhary then took four wickets as CSK restricted SRH to 189/6, registering a win by 13 runs.