“If You Believe Yourself…”: Dinesh Karthik’s Tweet After India Recall | Cricket News 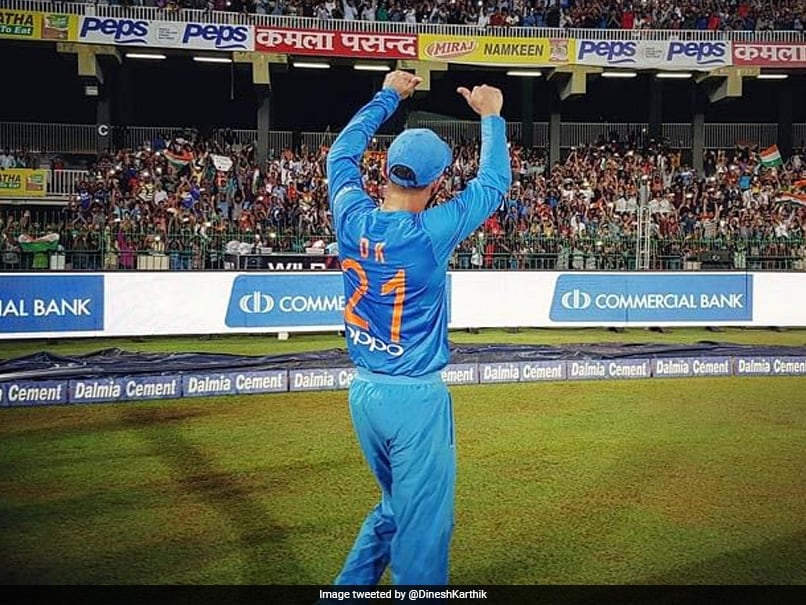 McGrath on Tendulkar’s ‘shoulder-before-wicket’ dismissal: Sachin still thinks it was going over stumps

“Why Don’t You Go There Like A Warrior”: Deepak Hooda On Mindset For Century vs Ireland | Cricket News

The big-hitting Deepak Hooda believes himself to be...
Read more
cricket news in hindi


Veteran wicketkeeper-batter Dinesh Karthik on Sunday earned a call-up to the Indian team for the upcoming five-match T20 International (T20I) series against South Africa on the back of his stellar performances for Royal Challengers Bangalore in Indian Premier League (IPL) 2022. He last played for India in 2019 and the recall comes after his heroics as a finisher helped RCB qualify for the play-offs. Taking to Twitter, Dinesh Karthik – who has been vocal about his desire to represent the national team again – shared an image in an India jersey and wrote “If you believe yourself, everything will fall into place!”

If you believe yourself, everything will fall into place!
Thank you for all the support and belief…the hard work continues… pic.twitter.com/YlnaH9YHW1

“Thank you for all the support and belief…the hard work continues,” the 36-year-old added.

His performances as a finisher have often bailed RCB out of trouble and has been a major factor in the team clinching the fourth spot on the IPL 2022 points table.

The Board of Control for Cricket in India on Sunday announced an 18-strong squad for the T20I series against South Africa.