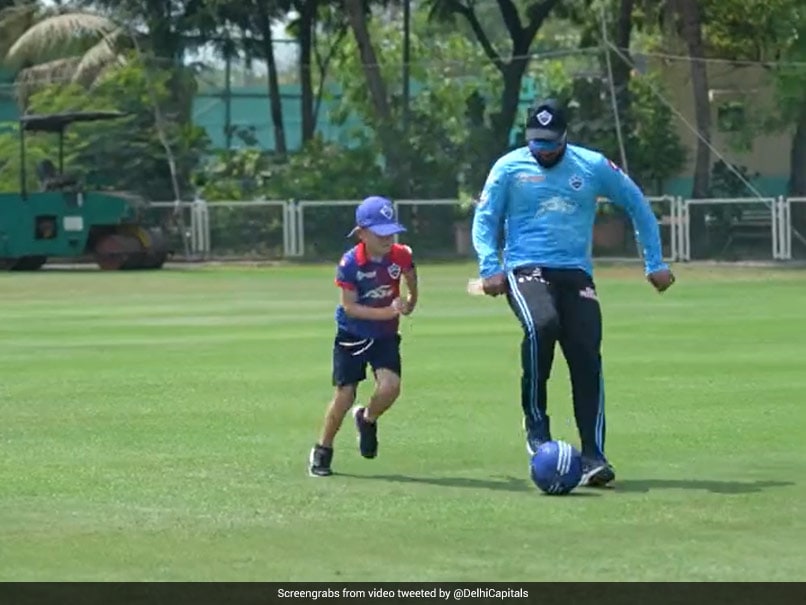 Things haven’t gone according to plans for Delhi Capitals in the Indian Premier League (IPL) 2022. They have won just four games out of nine. Despite their poor show in the ongoing IPL, the management, including head coach Ricky Ponting, are confident that the Rishabh Pant-led side will make a quick turnaround. Young skipper Pant took over as captain from Shreyas Iyer last season. Pant and Ponting seem to have established a wonderful rapport ever since. Not only that, Pant also seems to be gelling up with Ponting’s son Fletcher.

In a video shared by DC on their official Twitter handle, Pant and Fletcher can be seen playing football. Towards the end of the video, Fletcher can also be seen hitting a long ball, which left the DC skipper impressed.

“Just two friends vibing over football. We can’t get enough of RP17 and Fletcher playing football together,” DC captioned the video.

So far, Pant has managed 234 runs in nine matches, including a quickfire knock of 44 against LSG in the previous match.

DC are currently at the seventh place in the points table after nine games with just eight points from a possible 18. DC were narrowly beaten by Lucknow Super Giants in their previous game.

After electing to bat first, LSG, on the back of skipper KL Rahul‘s knock of 77, posted a total of 195 for three.

In reply, DC were restricted to a total of 189 for seven. Capitals will now take on SunRisers Hyderabad at the Brabourne Stadium on Thursday.